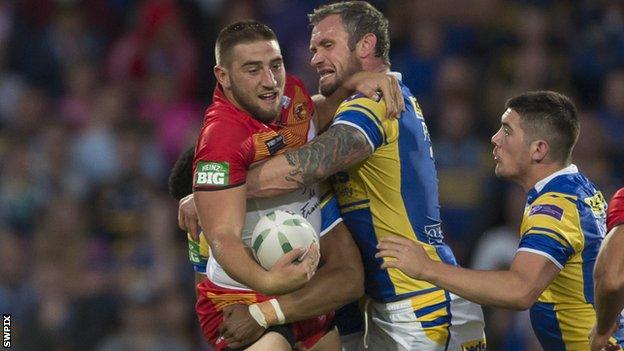 Catalan Dragons prop Julian Bousquet has been banned for four matches for a tackle on Castleford's Jordan Tansey.

Meanwhile, Hull KR's Justin Poore and Wigan's Eddy Pettybourne miss one game each for punching against Huddersfield and a high tackle in the World Club Challenge respectively.

Wakefield's Dean Collis is out for two matches for making 'dangerous contact'.

For Catalans forward Bousquet, it is for a shoulder charge on Salford's Theo Fages last season.

That incident and triggered a in rugby league.