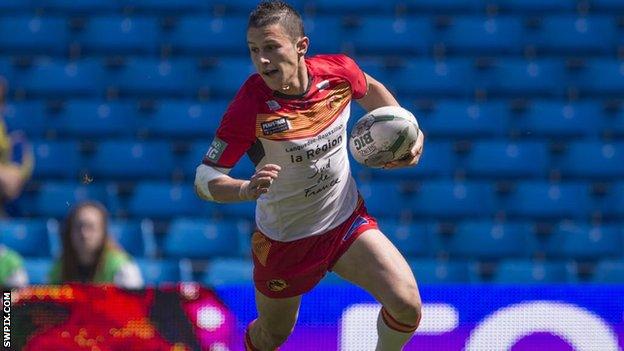 Catalan Dragons full-back Morgan Escare has signed a new three-year contract, keeping him in Perpignan until 2016.

Escare broke into the Dragons squad in 2012 before becoming a regular last term, a season in which he scored 14 tries in just 17 Super League games.

That form won him a place on the at Super League's Man of Steel awards.

The 22-year-old also played in all four of France's matches in their run to the Rugby League World Cup quarter-finals.

He scored his first international try in his country's