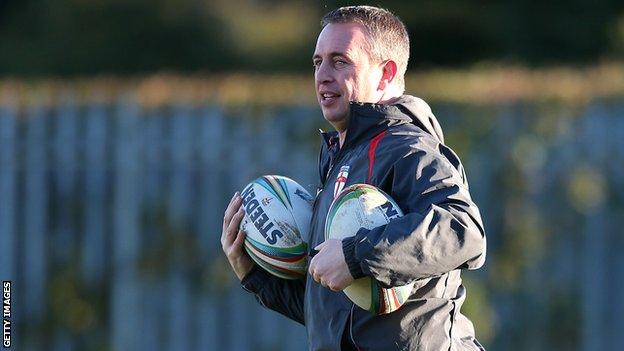 England coach Steve McNamara is set to decide his future in the next few days and could switch codes to join Bath.

Bath director of rugby Gary Gold left the club on Monday and they are seeking an attack and skills coach to work with head coach Mike Ford.

McNamara, 42, is also understood to be weighing up an offer from Sydney Roosters in the NRL in Australia.

Ford, a former Great Britain rugby league international, was promoted to head coach at Bath in the close season.

McNamara's England contract expired after the recent World Cup, which the hosts exited in dramatic fashion in the semi-finals, although he said at the time that any decision on whether he would continue in the role would be made once the emotion of the defeat by New Zealand had passed.

He has been offered the job as assistant coach at Sydney Roosters, who are coached by former Catalan boss Trent Robinson.

McNamara, who won four Great Britain caps as a player, represented Hull, Bradford, Wakefield Trinity and Huddersfield before retiring in 2003.

His coaching career began at Bradford and after assistant roles with Great Britain and England, he was promoted to England head coach in 2010.

Bath are currently third in the Premiership and Ford is keen to add McNamara to a coaching team that also includes Neil Hatley and Toby Booth.