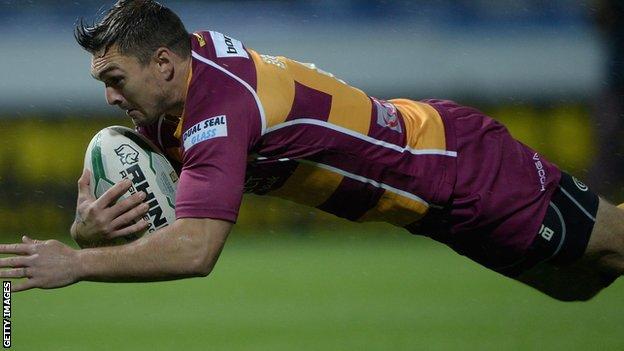 England's Sam Burgess and Scotland's Danny Brough are among six nominees for the 2013 Golden Boot - the annual award for the world's best player.

Brough, 30, was voted this year's for his role in helping Huddersfield to their first top-of-the-table finish in 81 years.

Burgess, 24, starred as England reached the last four of the 2013 World Cup.

Half-back Brough, who captained Scotland to the World Cup quarter-finals, enjoyed widespread recognition for his displays for the Giants during their campaign, adding the Albert Goldthorpe Medal and Rugby League Writers' Association awards to his Man of Steel honour.

Both he and versatile forward Burgess, who plays in Australia's National Rugby League for South Sydney Rabbitohs, are aiming to become only the fifth British winner of the prestigious award, which was

Stand-off Thurston could win the award for the second time in three years, while Kiwi second-rower Williams could complete a double after being

The award will be decided by a panel of 13 judges and announced on 17 January.