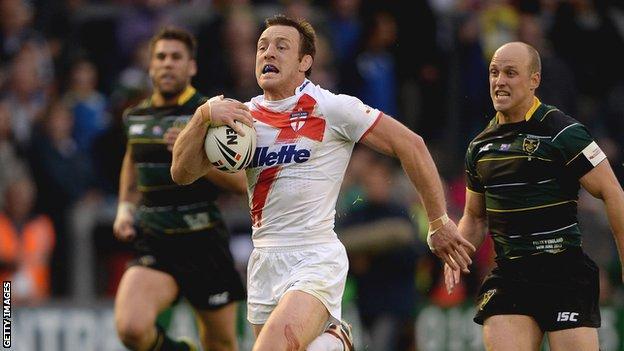 "It is more than fulfilling to spend my entire career with such a great club," he said.

He is one of English Rugby League's national treasures

"It's great to commit to a long-term deal with St Helens. I signed with them immediately after school and am now entering my testimonial season."

Roby, who won the Super League Man of Steel in 2007, has won international honours with both Great Britain and England.

St Helens chairman Eamonn McManus said: "This is a huge and timely boost both for the club and, just as importantly, for Super League.

"Understandably, as one of the best hookers in the world, James attracted considerable interest from the NRL, but ultimately showed continued loyalty to St Helens and to the English game.

"He has been St Helens' standout performer for the last decade and is one of English rugby league's national treasures.

"It's more than gratifying to know that he has committed long-term to us and that we can continue to build the next generation of Saints players around him."