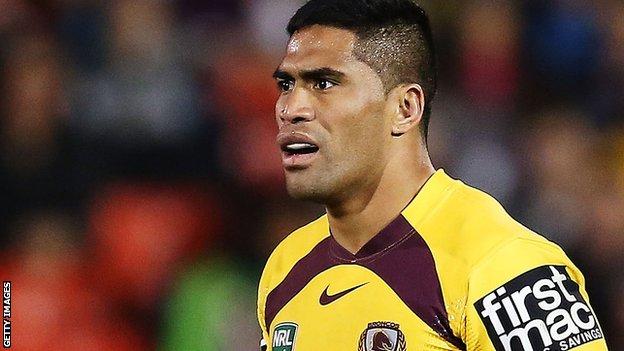 The 23-year-old Samoa international, who has agreed a two-year contract with Brian Noble's side, only joined the Broncos from Sydney Roosters in June.

Salford finished bottom of Super League in 2013, but

Tasi has been named as part of Samoa's initial squad for the upcoming World Cup.

"I bumped into Lama when he was at the Roosters," Noble told the club website.

"At 23, we have got an emerging talent from Australia and he will do really well for us. I'm excited."