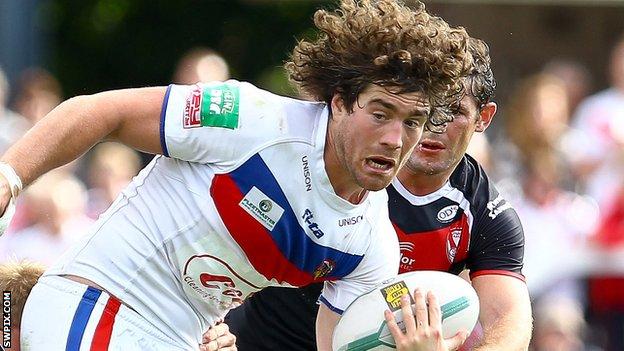 The 26-year-old is the latest player to leave the troubled Super League club, who revealed last week they

"Kyle is already one of the best front rowers in Super League," Saints coach Nathan Brown told the club website.

"He will add strength, size and dynamism to our pack and is a great long-term recruit for the club."

on 5 September, while on the same day.

and have already agreed moves to Langtree Park next season.