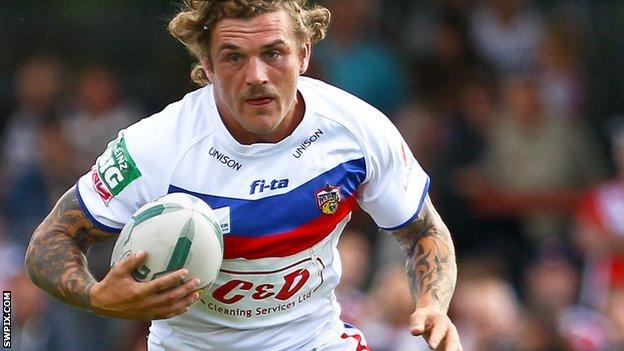 Wakefield Trinity Wildcats boss Richard Agar has confirmed to BBC Radio Leeds that the club have accepted a bid from Hull KR for winger Ben Cockayne.

The Wildcats revealed on Monday that they needed to raise £400,000 to balance the books.

Half-back Tim Smith was sold to Salford over the weekend, with the Red Devils confirming the signing on Thursday.

Cockayne, 30, was called into the England training squad in March and has scored 12 Super League tries this term.

He was part of the Robins squad that gained promotion to the Super League in 2006 but was released in 2011 after a series of off-the-field transgressions.