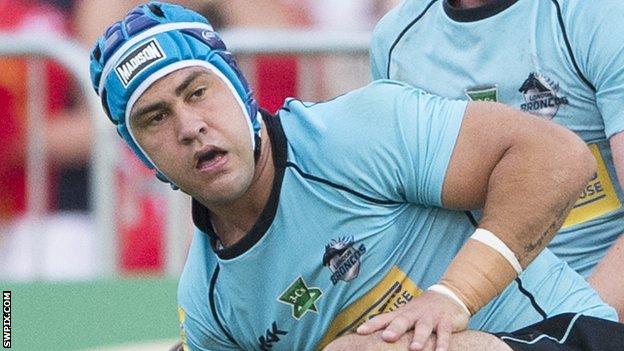 London Broncos came from behind at Craven Park to beat Hull KR and end their Super League season with a morale-boosting second straight win.

Broncos made light of their off-field woes to run in six tries as they avoided finishing in last place.

But Jamie Soward's 16-point haul, Mason Caton-Brown's hat-trick and a converted try from Mark Bryant turned it round.

But Soward was the star of the show, bolstering his two tries with four goals before the departing Bryant took over kicking duties to improve his own late try on his farewell appearance.

The Broncos' victory ensured that they climb up to 13th, leaving Salford to suffer the indignity of finishing in last place.

"But we lost our way when Evarn Tuimavave and Jason Netherton went off. Our completion rate went out the window. To London's credit they got back in the game and deserved to win.

"Josh [Guzdek] went okay for us. And he scored a nice little try with his first touch.

"Physically he has a bit of work to do if he wants to progress his career. He wants to do that and he did well for us. He is one that could push through in the future."

"Everyone is fighting for that and stars have to align for that to happen. If they do, we'll be there in Super League.

"The players know who is leaving. There are players that can come in but the first priority is to get the base right.

"It's still ongoing. As long as it gets done and done the right way that's the main thing.

"Some tough decisions have to be made and its important to have a good London side."