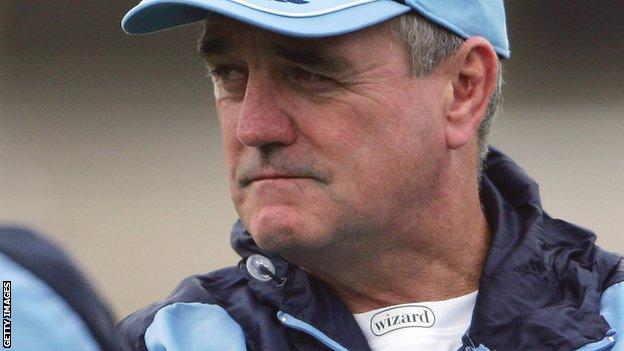 Graham Murray, the last coach to guide Leeds Rhinos to Challenge Cup success, has died at the age of 58.

Murray passed away in Brisbane on Sunday, having suffered a second heart attack in the space of four months.

Leeds have not won the Challenge Cup since Murray's side triumphed against London Broncos at Wembley in 1999.

He also led the Rhinos to the inaugural Super League Grand Final a year earlier and enjoyed a distinguished coaching career in Australia's NRL.

"It is devastating news and we are so sad to have lost Graham, who will be fondly remembered by all our fans, players and staff who knew him from his time with us," Rhinos chief executive Gary Hetherington told the club website.

"He was very popular and so professional in everything he did. He was an outstanding coach and mentor and he cared about all aspects of rugby league. The game has lost a great servant and personality."

Leeds have confirmed they will wear black armbands during their Super League fixture against London on Thursday and have also requested that a minute's silence is held before the game.

Murray took charge of New South Wales during the State of Origin series of 2006 and 2007 after spells with Illawarra Steelers, Hunter Mariners, Sydney Roosters and North Queensland Cowboys.

He also spent time in charge of Fiji and the Australian women's team.