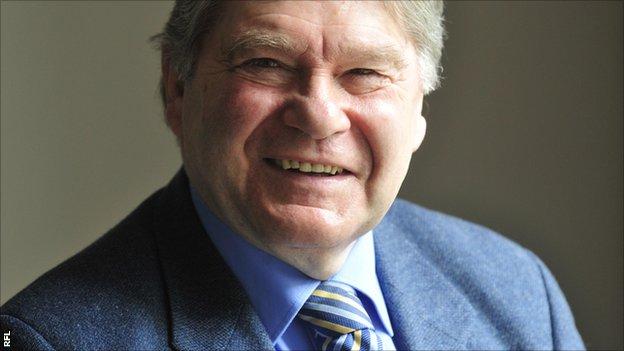 Oxley will take on the honorary position for the next 12 months, a move which was announced at the Rugby League Council AGM in Warrington.

It was also revealed that changes to the structure of the RFL competitions will be discussed by the Rugby League Council at meetings in July.

"This is a very great honour and I am fortunate indeed to hold office in a year which sees the UK host the Rugby League World Cup in October and November and the Festival of World Cups, which have already got underway," said Oxley, who succeeds the outgoing Jim Hartley.

Dewsbury Rams RL council member Andrew Farrar was also elected as RFL vice-president at the meeting, which re-elected Bob Stott as a non-executive director of the RFL for another three-year term.