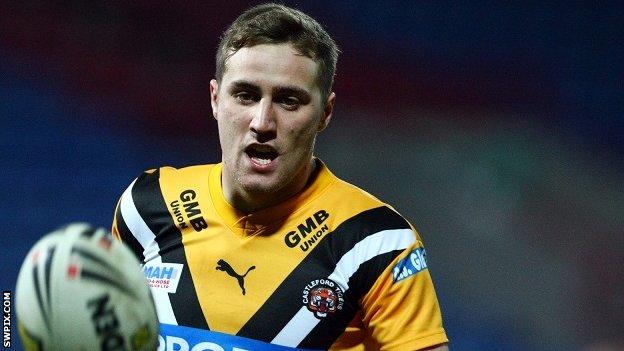 Winger James Clare has signed a two-year contract extension, tying him at Castleford Tigers until the end of the 2015 Super League season.

A product of the club's development system, Clare has scored four tries since making his debut against Huddersfield in March 2012.

The 22-year-old said: "I've got a hunger to keep playing for Cas and want to repay the faith shown by the staff."

He continued: "His try against Hull FC last week showed just how quick he is, and there will no doubt be many more moments like that for James at Castleford."