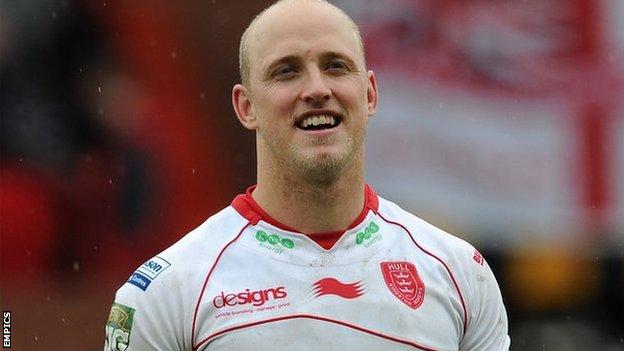 Hull Kingston Rovers captain Michael Dobson has exercised an opt-out clause in his contract to secure a return to the Australian NRL from next season.

Dobson, 27, will join the Newcastle Knights on a 12-month contract.

Rovers chairman Neil Hudgell said the club have begun the search for a replacement for Dobson.

Hudgell explained: "Michael has always harboured an ambition to go back and play in the NRL again. He has been a terrific servant to Hull KR."

"He is probably the stand-out player for this club during the Super League era," said Hudgell.

"His move to Newcastle has only happened in the past 24 hours and we are disappointed that the Knights chose to announce the signing before we had officially agreed the release from his contract with ourselves."

Hudgell told BBC Radio Humberside earlier this week that he had rejected a "big-money" offer for Dobson from Salford.

Dobson joined the Craven Park side from NRL team Canberra Raiders in 2008.

News of his impending departure is another blow for Rovers after it was confirmed prop Mickey Paea is to move to Hull FC, while homesick Australian forward Corey Paterson has also requested an early release from his contract.