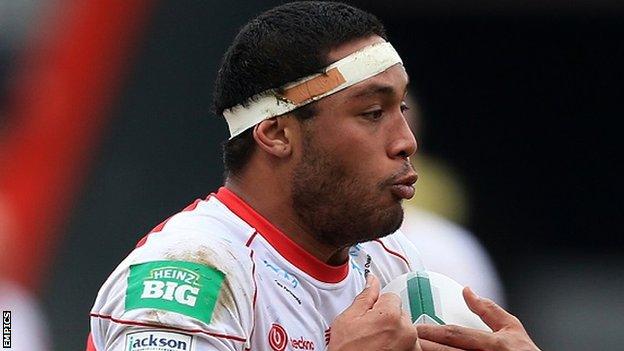 Hull FC have signed prop forward Mickey Paea from local rivals Hull Kingston Rovers for the start of next season.

The Tongan, out of contract at the end of the current campaign, will join the Black and Whites on a two-year deal.

The 27-year-old told the club website: "I am settled in Hull, so that made a tough decision a little easier.

"I felt, after two years with Hull KR, I needed a fresh start and after weighing up my options Hull FC was the best fit for me and my wife."

Paea has been in impressive form this season, and was selected to play for the Exiles side for the recent International Origin fixture against England.

"We have secured the services of one of the competition's best players, as was proven in the recent Exiles game where he was arguably their best forward," he added.

"He is strong and powerful and had a number of clubs chasing him, so for him to see his future with Hull FC is very positive for us."

Paea has made 47 appearances since arriving in Super League, having previously had spells with NRL clubs Sydney Roosters, St George Illawarra and Canterbury Bulldogs