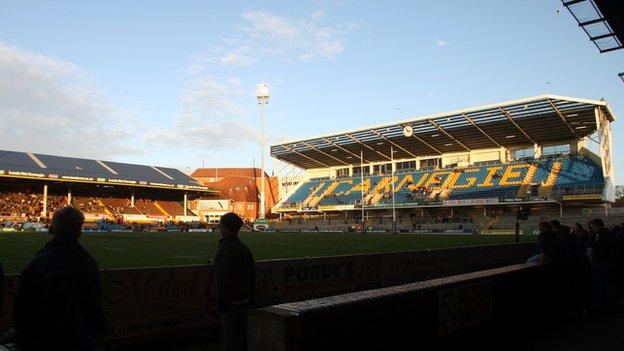 Yates, who was formerly on St Helens' books, will follow Brad Singleton, Jimmy Keinhorst and Liam Hood in being dual registered with the Hawks.

As such, he will be available to play for Hunslet in the Championship when not required by the Rhinos.

"It is a massive opportunity, I want to prove myself and hopefully get into the first team," Yates said.

"It is another level of training at Super League and I know it is going to be tough in pre-season but I can only benefit from that.

"I had opportunities to go to other clubs at the start of this season but I was excited about the relationship between Hunslet and the Rhinos and that persuaded me to stay."

"His commitment to this club over the last three years travelling from St Helens has been outstanding, his performances have continued to improve year on year and we know several Championship clubs were keen on his services earlier this year."