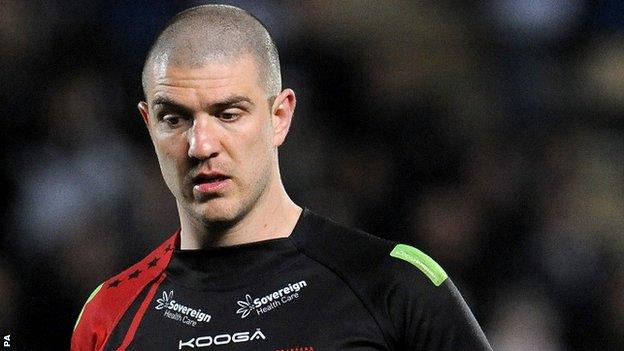 Bradford Bulls joint-captain Matt Diskin has signed a new contract keeping him at the Super League club until the end of next season.

Diskin told BBC Radio Leeds: "At the start of the year I wasn't sure whether I wanted to go round again, but I'm really enjoying my rugby.

"I still enjoy every minute, and I feel I'm still contributing."

Bulls coach Francis Cummins was delighted Diskin had agreed to stay on.

"Disko has been good for us and played different roles by coming off the bench and starting games," he said.

"If I thought he couldn't do it any more I wouldn't have made him an offer, but I think he can. He's very, very tough and good defensively, plus he's running the environment and the culture of the club along with Chev Walker, Heath L'Estrange and one or two others.

"When these guys eventually move on, that culture will remain in place for many years to come."

Diskin said bringing young players through was an important aspect of his role.

"The club has a couple of talented players in the number nine position who hopefully I can help come through and who will go on to replace me in the next couple of years," he said.

"External opinions don't really bother me. What matters to me are the blokes I'm playing alongside and if I can benefit my game and theirs, and still enjoy my rugby, then I'd be silly not to go round again."