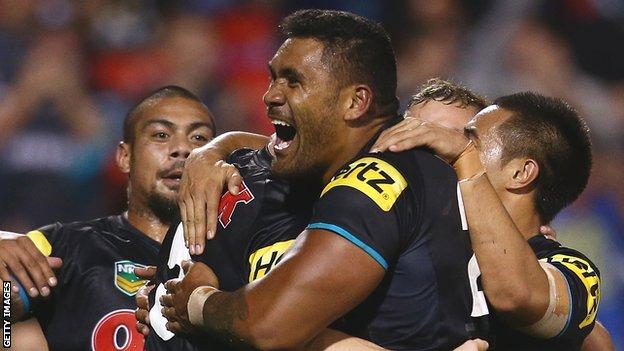 Masoe, 24, will join the club for the 2014 season and who will also be moving to Langtree Park next term.

The versatile Kiwi can play anywhere in the forward pack and coach Nathan Brown expects him to be a useful addition.

"Mose is a big forward who will add a lot of size to our pack next year," he told the club website.

Masoe made his senior debut for Sydney Roosters in 2010 and joined Penrith for the start of the 2013 NRL campaign, but will leave the Panthers midway through a two-year deal.

Brown added: "He is young, still developing and will complement the squad we are putting together for 2014.

"We're delighted to have secured his services and we'd like to thank Penrith for agreeing to release him from his contract early."