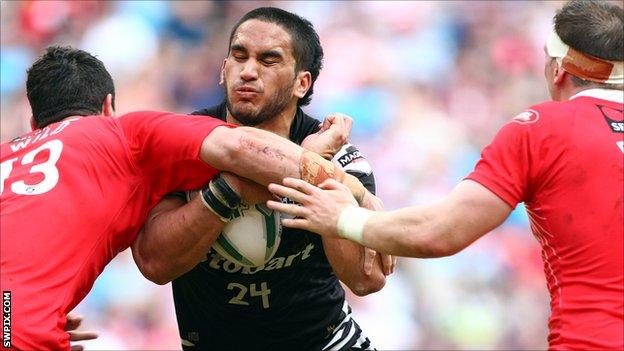 The 23-year-old, who can also play at prop forward, joined the club from Leigh Centurions in 2011 and has since made 41 appearances.

"I've got a lot more growing to do and I'm really looking forward to doing this, in a Widnes jersey," he said.

Leuluai is one of only seven players still with Widnes after playing for the club in the Championship.

He is the son of former Hull and New Zealand centre James Leuluai.

Meanwhile, Wales international Lloyd White is expected to be out for 10 weeks with an ankle injury picked up in Sunday's win at Bradford.