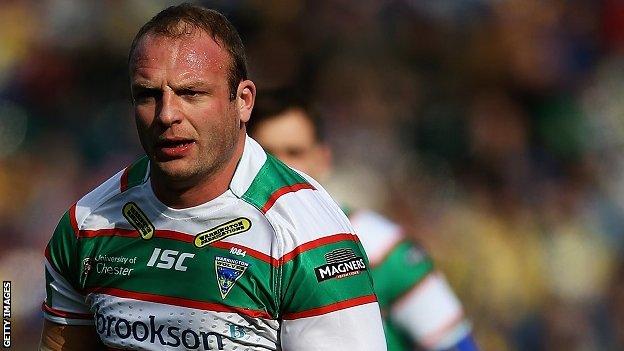 The 32-year-old, who will make the move in November, has been with the Wolves since 2009 after previously playing for Hull FC and Leeds Rhinos.

Bulls coach Francis Cummins said: "In general we've got a young squad and most of it is about providing belief.

"We just need to take the next step and the experience that Garreth brings will be invaluable in this area."

Cummins continued: "It's a different challenge that he's going to face here, but obviously the desire must still be there because he is continually striving to improve his game."

Carvell has made 16 Super League appearances for Warrington this season, scoring three tries, but only two of them have been starts. and he was again used from the bench in Monday's 22-12 victory over Wigan.

"Francis has outlined the club's philosophy to him and what our culture is and he has bought into that."