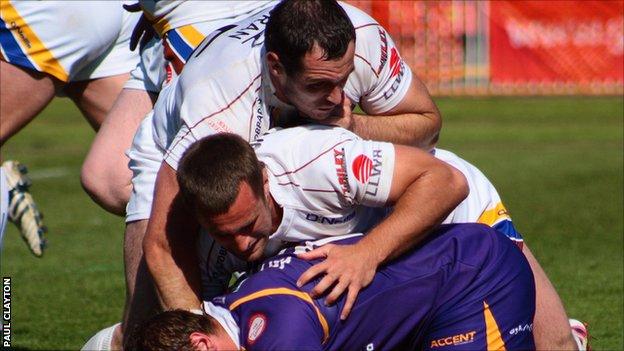 Although just 16-10 ahead at the half-way stage, the 48-year-old former Castleford and York boss was happy with their match statistics.

"We had a 100% completion rate, we gave them some goals in the first half and they completed all of them."

The win left Haven four points ahead of their west coast rivals, and in turn handed Town a second consecutive defeat in all competitions.

"I'm very disappointed, we never fronted up today and we got out-enthused by them," Workington head coach Gary Charlton said.

"I don't like saying that about the lads, but Whitehaven capitalised on errors we made in that game."