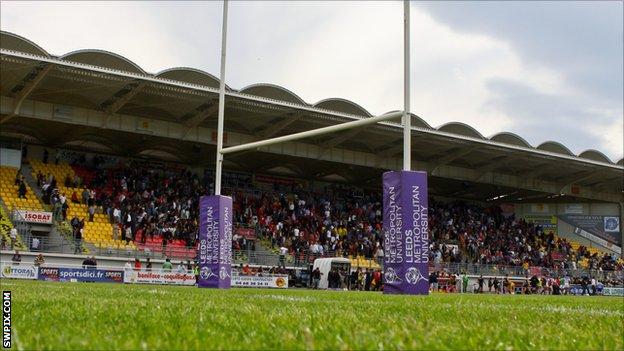 The 20-year-old, who can play hooker or second row, has been playing in the Holden Cup for the Broncos after a pre-season move from Wynnum Manly Seagulls.

Garcia, who played in his native France with Avignon before moving to Australia, will arrive in Perpignan this month on a two-year contract.

"It was a good opportunity for me to play in Super League," Garcia said.

Head coach Laurent Frayssinous said: "He is one of the best French players of his generation and I'm delighted to add him to our squad.

"He is a tough player, he runs hard and he is a good tackler. He has all the basis to become a good rugby league player."

Injuries to Jason Baitieri, and Louis Anderson have limited Frayssinous's options in the back-row.