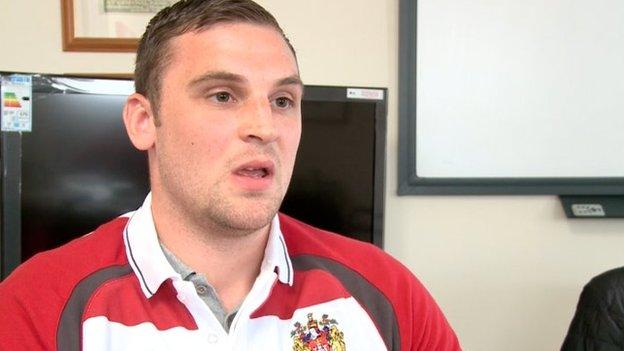 The 23-year-old has agreed a two-year deal, with the option of a third year, and will link up with the Super League club for pre-season in November.

"We have been keeping an eye on Sam for a while and have been impressed with what we have seen," said Warriors head coach Shaun Wane.

"It is a big step for him to make the move from the Championship but he is very determined and driven."

Wane added: "I am confident under the guidance of our quality backroom staff he has both the ability and passion to become a success as a full-time professional."

Hopkins joined the Centurions from amateur club Leigh East and has been a regular for the Championship side since 2011.

"The Warriors are the biggest club in Super League and when I learned of their interest in me and the chance to progress my career with them, it was an easy decision to make," he said.