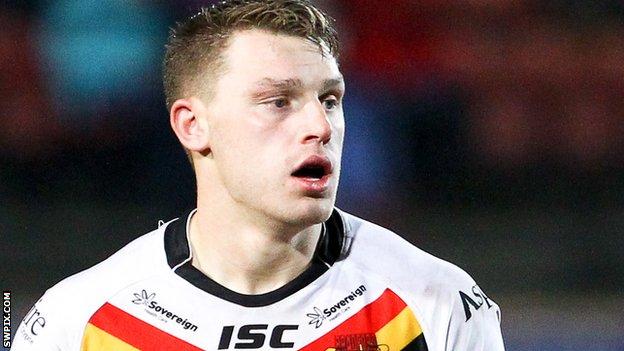 The 23-year-old has been on indefinite leave at the Bulls after requesting a transfer, having only signed a new five-year deal in March 2012.

"We are talking to him now to see if we can agree personal terms. He's a quality player," said Salford owner Dr Marwan Koukash.

Whitehead has scored six tries in 19 appearances so far this season.

He was placed on leave by Bulls head coach Francis Cummins after telling him he wanted to leave and join a "top-four club".

"I can't have players in my squad who don't want to be here," Cummins said earlier this month.

Since joining the Bulls from West Bowling in 2005, the England Knights international has emerged as a key player at Odsal, with Hull FC among the clubs linked with a move for Whitehead last season.

Koukash has promised major changes to the Salford squad ahead of next season and revealed last month he was close to signing six new players.