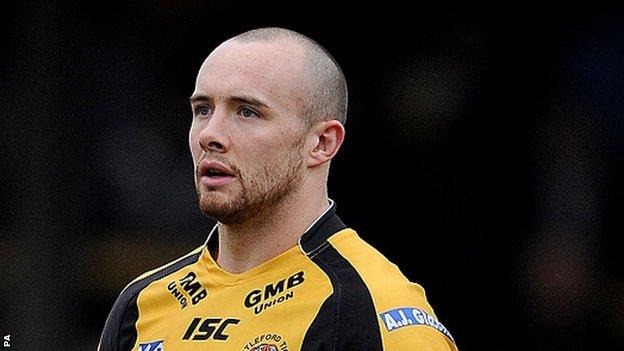 Castleford Tigers front row forward Nathan Massey has signed a new two-year contract, keeping him at the club until the end of 2015.

The 23-year-old made his debut for the Tigers aged 17, after coming through the club's academy system.

Massey told BBC Radio Leeds he could not imagine playing anywhere else.

"I think I've been maturing into a Super League player this season," he said. "I still had a year left on my existing contract, but I'm happy here."