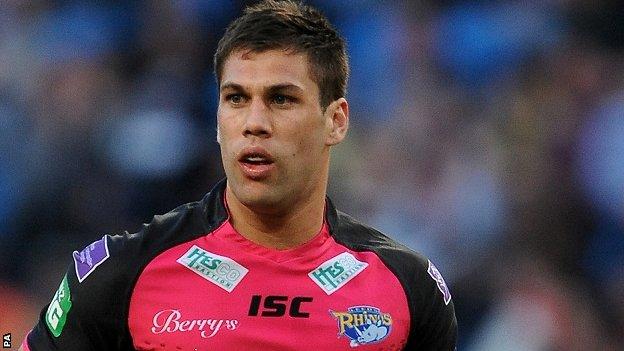 Moon was charged following an incident in the 38-28 win over Widnes.

The 25-year-old has yet to miss a match for the club since arriving from Salford, appearing in all 20 fixtures so far this season.

The Rhinos were without eight injured regulars in the victory over Widnes, which left them fourth in Super League.

Academy teenager Thomas Minns is expected to replace Moon for the clash with Huddersfield.

Coach Brian McDermott may also have prop Kylie Leuluai back to face the Giants, while centre Carl Ablett will have X-rays later this week to determine whether he is fit to return from a broken hand.