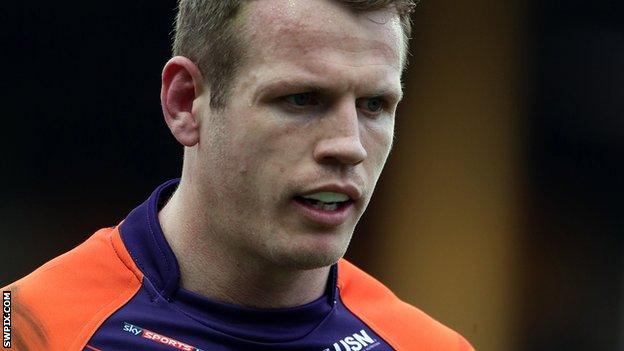 Widnes centre Cameron Phelps has agreed a new contract, tying him the Super League club until 2015.

The 28-year-old Australian joined the Vikings from Hull FC in January 2012 after a two-year spell at Wigan.

Phelps, who can also play on the wing or at full-back, has already scored seven tries this season, including a hat-trick against Salford.

"This club is growing and we're building, they are the two things that are very evident," he said.

"Last year, we were wooden-spooners and this year we're progressing and if all goes according to plan, we could finish in a top eight berth.

"Despite only extending for two more years, I still think that I've got another few years ahead of me after this contract expires. In a best case scenario, I'd like nothing more than to still be playing as well as Jon Clarke is, when I get to his age."

The former Canterbury back is the latest player to commit to Widnes, including Jon Clarke,Rhys Hanbury, and Steve Pickersgill.

"We are looking at creating some stability within the squad and Cameron is a respected, well liked and valued part of the group," head coach Denis Betts said.

"Cameron is an essential part of what we are trying to achieve and that is paramount. Everybody now has a purpose and an understanding of what is required to make this team better, every single day and every single week."