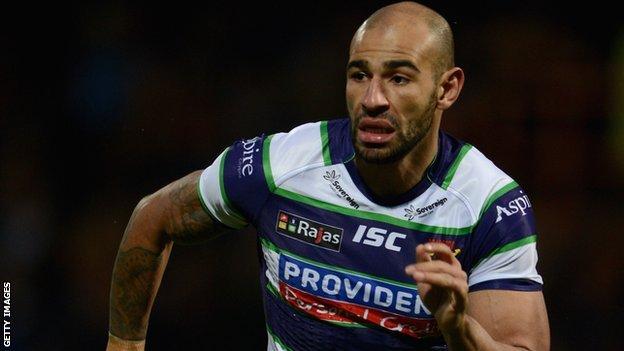 Bradford Bulls forward Chev Walker has agreed a new two-year deal with the Super League side.

The 30-year-old, who has made 15 appearances in the league this season, joined the Bulls from Hull KR in August 2010.

He told BBC Radio Leeds: "I wanted to get it done as soon as possible because I'm enjoying my rugby.

"I told my agent that I wanted to stay at Bradford and that I didn't really want to listen to anything else."

Walker added: "There's been a culture change at the club since Francis [Cummins] took over and you can tell it's going places.

"We went through a lot last year and I think it made a lot of people realise how much the club meant to them."