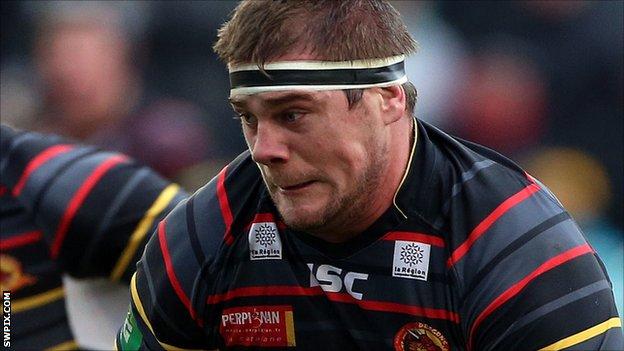 Catalans Dragons prop Remi Casty will be reunited with when he joins NRL side Sydney Roosters for the 2014 season.

The 28-year-old, who was the first French player to be named in the Super League Dream Team last season, has agreed a two-year deal at the Roosters.

Casty has scored 18 tries in 155 top flight appearances for Catalans.

"It's something I've always wanted to do since I started playing rugby," Casty said.

"I've spent eight wonderful seasons at the Catalans Dragons, I'm very proud to have worn this jersey and I will never thank enough the club for all he brought to me."

Robinson left Catalans for Sydney at the end of 2012, after three years in charge at the Stade Gilbert Brutus.

Dragons chairman Bernard Guasch added: "It's obviously a big loss for our club, but it's a great opportunity for him to play alongside the best players in the world.

The France international follows in the footsteps of club and country team-mate Jason Baitieri in moving to the Roosters.

Baitieri spent a season at Allianz Stadium in 2010, making his debut against Wests Tigers.