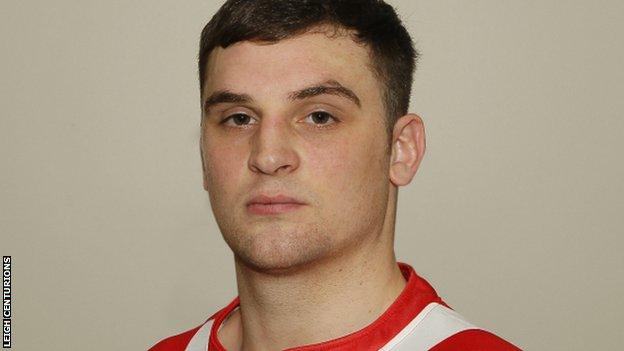 Leigh Centurions director Andy Mazey has revealed that Wigan Warriors have made a bid for prop Sam Hopkins.

The 23-year-old, who signed a one-year deal at the start of the season, has scored eight tries in 11 appearances in the Championship this term.

"Leigh will meet to discuss two bids later, one of which I can confirm is Wigan," Mazey said on Twitter.

Responding to a report Hopkins could be a Wigan player within days, he added: "Pure speculation at this stage."

Mazey went on to announce that as well as the two bids, a third club has expressed an interest in the former Leigh East forward.

Hopkins played against Wigan in the Challenge Cup in April.