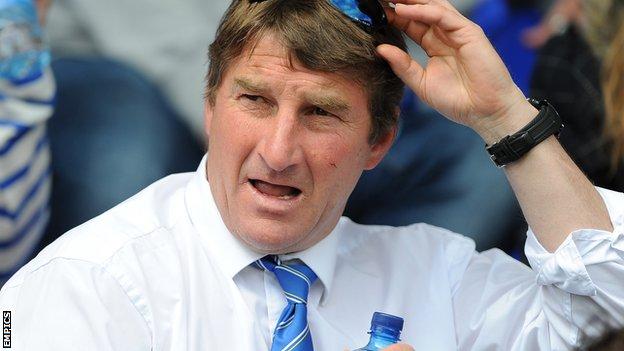 The Huddersfield captain and plans to represent Scotland at the World Cup later this year.

Brough said he had grown tired of not being picked for the national team.

"That's exactly why you wouldn't pick him," Smith, who is now coach of Warrington, told BBC Radio Manchester.

"Anybody should be really honoured and privileged to represent their country, and if they're asked to sit behind somebody or compete with somebody, overcome them and show a great attitude - that's what we're after as coaches.

"Sometimes players don't show the best attitude within an environment. You'd rather have a great attitude than a great player."

Brough, 30, has been one of the stand-out performers in Super League this season, guiding the Giants to second position in the table.

I'm not playing second fiddle every year. I'm going to play for Scotland if I get the opportunity

He has one cap for England but was not selected in this year's Elite Training squad by coach McNamara and was that will take on the Exiles on 14 June.

"I'm not playing second fiddle every year," said Dewsbury-born Brough, who qualifies for Scotland by virtue of his grandparents and captained them at the last World Cup in 2008.

"I'm going to play for Scotland if I get the opportunity. I've spoken to [Scotland coach] Steve [McCormack] and told him I'm available."

When asked about Brough's comments, "You'll need to ask him what his plans are, but I only want players who are 100% committed to what we are doing.

"It seems he's not convinced what he wants to do but good luck to him on whatever he decides."