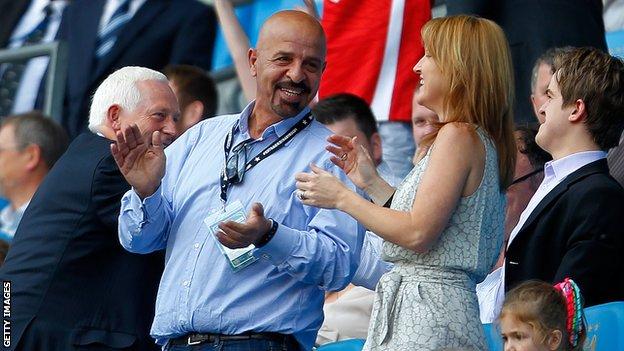 Ed Farish is to leave his position as chief executive of Salford City Reds, owner Marwan Koukash has confirmed.

Farish only joined the struggling Super League club in February, shortly after

Koukash insisted the parting was by mutual consent, stressing Farish had not been dismissed, and that a replacement would be hired shortly.

He told the Manchester Evening News: "Ed will be going back to Australia after a handover period.

"He will be replaced by someone with no rugby background, someone who has done business development for a blue chip company for the last 20 years.

"I made it clear when I took over that I would give people chances and I don't care who it is - a cleaner, an administrator, a player or a coach.

"If someone is not doing it we need to move them on, but Ed has not been sacked. I just think it is for the best."