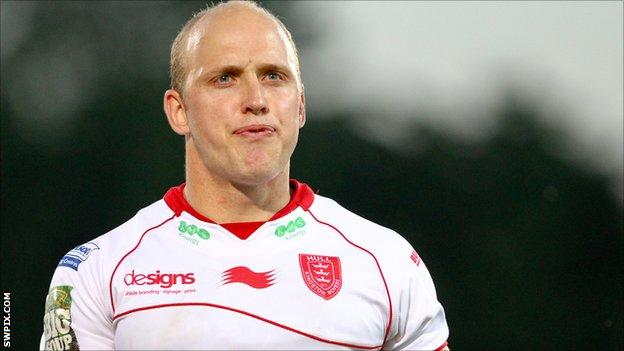 Warrington have four players in the squad, including

State of Origin and International Origin?

Brian McClennan has several players with State of Origin experience in his squad for the International Origin fixture.

The State of Origin pits New South Wales against Queensland, with Australian players eligible to represent the state in which they made their senior rugby debut.

Current Exiles captain Brett Hodgson played for New South Wales, as did Steve Menzies, Joel Monaghan and Trent Waterhouse who are also named in the squad.

The Exiles concept was devised to provide England with competitive warm-up fixtures and to give overseas players an opportunity for representative rugby.

McClennan coached the 2011 squad to victory in this fixture and is looking for a third win from four for the Exiles in International Origin games.

"This is a very strong squad - you've only got to look at the names of some of the players I've had to leave out to see that," he said.

"And there's no second game this year, so everything is riding on the one match. We'll be giving it our best shot and England will have to be at their very best to beat us.

"For players on either side it's their only representative opportunity before the Rugby League World Cup, so I expect a very intense battle.

"We're aiming to put on a style of rugby that does the Exiles brand proud and I really hope the Warrington public come out and support the match in huge numbers."