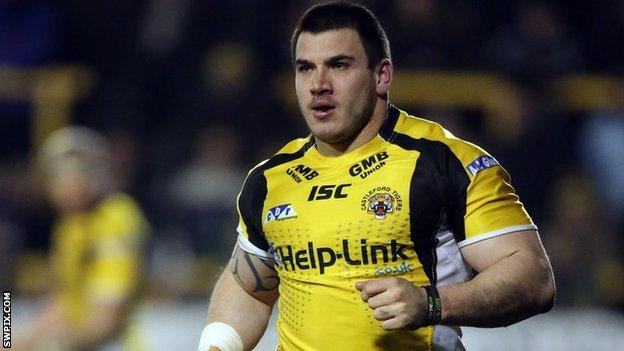 Castleford Tigers winger Justin Carney has been given a three-match ban by the Rugby Football League disciplinary committee.

This is the third time that Carney has been banned this season.

He was given a two-match ban for punching in March before getting another two-game suspension for a dangerous throw in April.

Carney is in his first season in Super League having joined the Tigers on a two-year deal from NRL side Sydney Roosters.

Despite his suspensions he is the Tigers' top try scorer with 11.