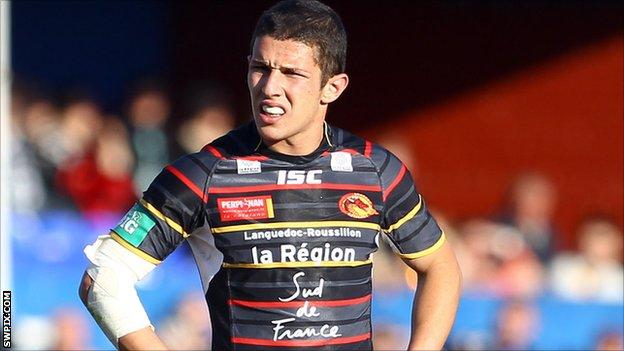 Full-back Morgan Escare has signed a new two-year deal with Catalan Dragons, after progressing from the club's academy side St Esteve XIII.

The 21-year-old has had an impressive debut season at the Stade Gilbert Brutus, scoring 11 tries in 10 Super League games.

"I'm really pleased to stay at the club for the next two seasons," Escare said.

"I've worked really hard to make my place in the squad and this new deal encourages me to work even harder."

Escare's opportunity came at the expense of winter acquisition Brent Webb, who has been

After scoring on his debut against Bradford, he has been an ever-present for head coach Laurent Frayssinous's side.

"I'm proud to see Morgan rewarded by this new contract, he really deserves it and represents the future of the club," Frayssinous added.

"He worked hard the last three seasons and took his chance after Brent Webb's injury."