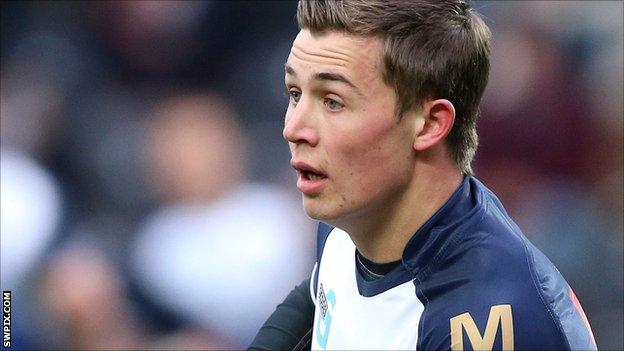 Hull were dominant in the second period, taking advantage of a tiring Championship One side to put on 36 unanswered points.

Crusaders' try from Christiaan Roets was converted by Tommy Johnson.

Clive Griffiths' visitors, on the back of a six-game winning run, held firm early on but having coughed up possession with a knock on at the play-the-ball were punished when Horne slipped through to open the scoring.

Westerman added his name to the sheet when he powered over, and Hull again burst over when Crooks gathered Horne's neat grubber to touch down.

Roets built on Andy Moulsdale's piercing kick to the corner to touch down, but service was resumed when Westerman dummied before feeding Yeaman for the fourth Airlie Birds try of the half.

The England centre scored again just before the break, and could have had his hat-trick in the second period but was off-side when he finished off Heremaia's kick.

However, Peter Gentle's side showed their ruthless side in the second period, running in six tries without reply to overpower the Crusaders.

Lineham kept himself in touch to force a way over the whitewash under pressure for the sixth try of the game, and as Crusaders tired, replacement hooker Cunningham sneaked from dummy-half to pick up his first try.

Shaul showed neat footwork and pace to grab a hat-trick, while Horne added a second, and with the last play of the game Yeaman made the most of a flowing 100-metre move to pick up his treble and delight the home support.

"The main thing we can take from today was the amount of game time we got into the younger blokes in the squad.

"In the cup, winning is all that matters and we've got through to the next round, but a big positive for us was the experience the youngsters gained in playing in that sort of environment.

"The guys out there did a terrific job and we've come through relatively unscathed, so we are pretty pleased.

"We were probably guilty of losing our concentration a few times but we got the win and that's the main thing."

"I was proud of the effort the boys put in today. People might take me away in a straitjacket but I didn't feel that was a 60-point game.

"Our fans were outstanding today and I think even at the end the Hull fans were chanting our name. We are desperately disappointed with some of the things that happened out there which were beyond our control."