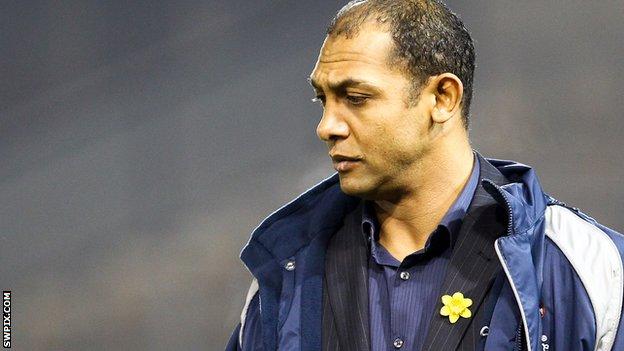 Interim boss Alan Hunte believes the next coach of Salford City Reds will inherit a role at what could be one of the strongest clubs in Super League.

Owner Dr Marwan Koukash has decided on but has not yet revealed his identity.

Salford currently lie second from bottom after 10 matches of the season.

But Hunte said: "There's not a club in the country that could be stronger - that could have better players, better kids and better facilities."

He told BBC Radio Manchester: "The guy coming in will make his own call on where he feels we are, and from that he'll hopefully start trying to make things better."

Former Bradford, Wigan and Great Britain coach with the vacancy at the Salford City Stadium, as has ex-Sydney Roosters coach Brian Smith.

An announcement regarding a new coach is not expected until after Koukash returns from a trip to Dubai.

The Reds have taken three points from their five matches under Hunte, who is the club's head of youth development and has stated that he