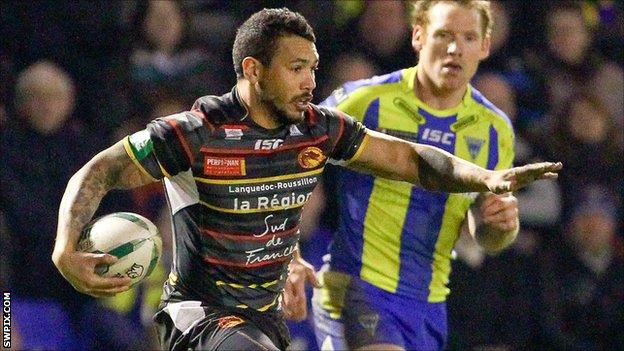 Catalans Dragons full-back Brent Webb will undergo surgery on a back injury that is likely to rule him out for the rest of the Super League season.

The 32-year-old, who has made only three appearances joins half-back Scott Dureau as a long-term absentee.

"They are two key players in the squad and two of the best in their position."

Dureau has now resumed training after a tumour was discovered behind his eye during pre-season,

Catalans do not have another specialist full-back, so the role may now go to one of three-quarters Leon Pryce, Daryl Millard, Damien Cardace or Mathias Pala.

"The team had to face a couple of [bits of] bad news since November and has always found the strength to overcome that.

"Brent Webb's long-term absence is an opportunity for others players who deserve it to play in Super League and earn their place on the team sheet," Frayssinous added.