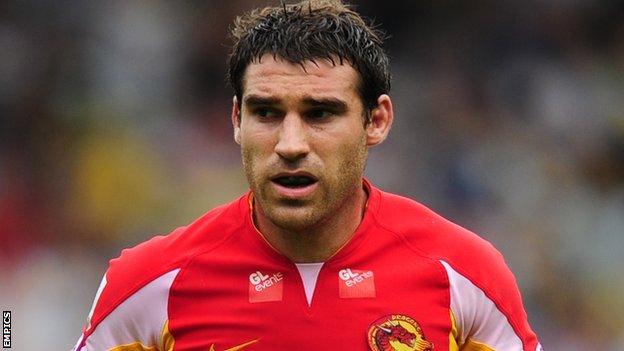 Widnes were hit by a second-half try storm in Perpignan as Catalan Dragons came from behind to win at a canter.

The visitors looked on course to get a result when they led 14-12 at half-time, thanks to tries from Patrick Ah Van (2) and Dave Allen.

That added to first-half efforts from Thomas Bosc and Steve Menzies.

who requires back surgery, while Vincent Duport was out with a pectoral injury.

Widnes were without Gareth Hock, banned for one match after being sent off 30 minutes into last Friday night's 22-22 draw at home to Bradford.

"I was very pleased with our second-half performance, the players stuck to the game plan, knew what their strengths are and played to them.

"We have a very good team when we do that. We don't want to take short cuts and that's what we did last week and in the first half tonight. We respected the ball and did the hard work in the second half and it showed on the scoreboard.

"As coach I want to be fair to the team and fair to the players and the players who deserve to play will play if they're fit. That's what happened tonight," Frayssinous said.

"I left Jamal Fakir out because Mika Simon and Julien Bousquet deserved their chance to play.

"Jamal is a quality player and he will have the chance to earn his spot back next week but it's good for us as a club to have competition between the places in the forwards."

"They just seemed to roll over the top of us and that gave Eloi Pelissier the opportunity to kill us around the ruck. His speed and his directness on the back of the physicality of their forwards was too hard for us to handle and we just couldn't catch our breath.

"We stopped bending our backs in defence, tried to take a couple of short cuts to try to slow them down with hands in the ruck and the ball came out and the referee penalised us.

"That's what happens when you're going backwards like we were. We were just absorbing the game and giving penalties away because we couldn't get back."