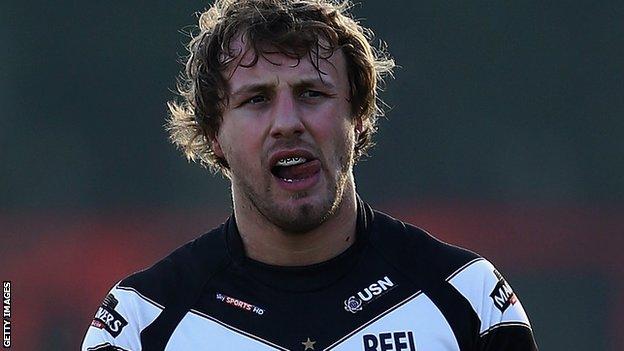 Widnes Vikings centre Chris Dean has signed a new contract to keep him at the club until 2015.

The 25-year-old is in his third spell at Widnes, having been on loan twice during his time at St Helens before arriving from Wakefield in 2012.

"Denis Betts showed a lot of faith in me by bringing me to the club and giving me a chance," he said.

He's big, quick and skilful and has so much talent it's actually quite scary

"He's brought a lot of confidence back into my game and I'm really enjoying my rugby so he's doing something right."

He added: "When Denis approached me and offered me an extended stay it was a no-brainier really and I'm thankful it's all sorted.

"I just want to keep my head down now, not get too far ahead of myself and keep working hard and contributing to the team, which is the main thing."

Dean was one of five different try scorers in the Vikings' 36-16 defeat of Hull FC last weekend and has missed just one game so far this season.

Head coach Denis Betts added: "He is a great bloke to have around the place and he's a confident and enthusiastic player who can really contribute to the success of this club.

"Chris is now starting to realise his potential. He's big, quick and skilful and has so much talent it's actually quite scary."