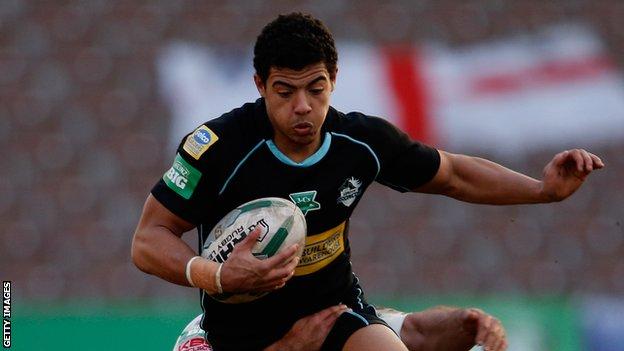 London Broncos winger Kieran Dixon has signed a one-year extension to his contract, which will keep him at the club until the end of 2014.

The 20-year-old made his first-team debut last year and went on to win the club's player of the season award.

He said: "Everything has gone really fast. It seems like just a few hours since I was making my debut.

"To be where I am now is just a massive achievement. I'm really happy to get another few years at the Broncos."

Dixon joined the Broncos' development squad after being scouted playing for Hemel Stags and he signed a two-year deal with the south west London club in August 2011.

He scored 16 tries in 26 appearances for the Broncos last season and made his debut for the England Knights side at the end of the campaign.

Broncos head coach Tony Rea praised Dixon's attitude both on and off the field.

"People can see everything he does on the field," he said. "He's a really important person and he's a pleasure to have around the place.