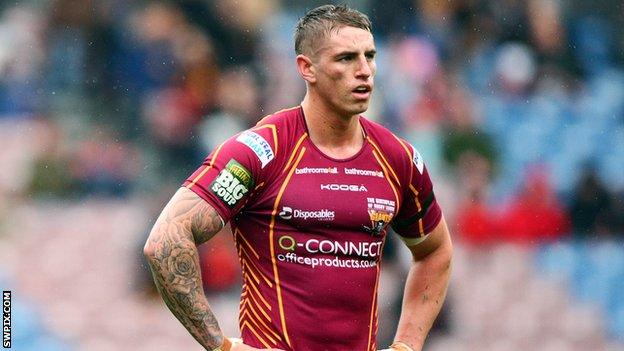 The 21-year-old has spent the last three seasons with the Giants after progressing through Wigan's academy.

Having battled to overcome an injury during the winter, Molloy is confident of a return within three weeks.

"This is an exciting club going places and I am happy to be a part of the future here," he told the club website after agreeing to join the Reds.

"I'm about three weeks away from fitness and raring to go."

Salford, who are bottom of Super League after four defeats from their first five matches, on Sunday.