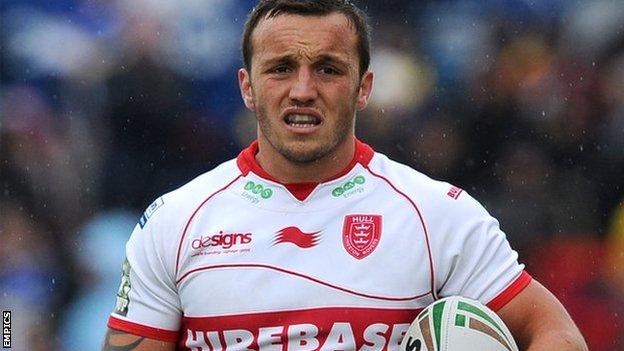 Hull KR hooker Josh Hodgson has been suspended for one game after committing a dangerous contact offence in the win against Warrington on Sunday.

Hodgson submitted an early guilty plea and was charged with committing a grade B offence by the Rugby Football League.

The grade B offence carried a ban of up to two matches but Hodgson avoided a disciplinary hearing.

The 23-year-old will now miss his side's Super League match at London Broncos on Saturday.