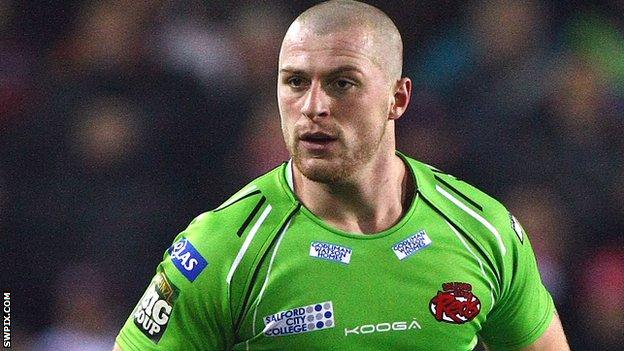 The Reds, who are in have allowed the 25-year-old to leave the club with a year still to run on his contract.

He is the ninth player to leave Salford since the end of last season, with the only new arrival.

"I really enjoyed myself at Salford, but this is a big step up in my eyes and I'm looking forward to the challenge here," said Sidlow.

"Salford said that if Bradford had a longer-term deal for me then they would not stand in my way.

"I felt the security of being at Bradford for the next two years was a big step up for me.

"For many years, Bradford were always up there or thereabouts, winning trophies and I can see those days returning under Francis Cummins."

Bulls coach Cummins added: "Adam is a big lad, he can get forward and he's got a great offload as well so he brings another dimension to our attack.

"We've been trying to sign Adam for a while. It has taken some time but he's here now. I'm really pleased we've got our man."