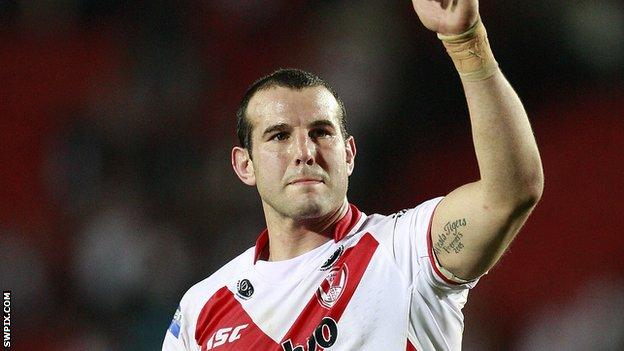 Anthony Laffranchi is hopeful of extending his contract with St Helens before the start of the 2013 season.

The Australian forward, 32, was a regular in his and told BBC Radio Merseyside he has settled in well at Langtree Park.

"I'll sit down with (coach) Nathan Brown and (chairman) Eamonn McManus. If we could sort something before Christmas, that would be great."

Saints head into the new season with and three new players - Jordan Turner, Willie Manu and Alex Walmsley - added to the squad.

Laffranchi continued: "Everyone has got a new coach to impress and it makes everyone work that little bit harder.

"Nathan has come in with some great ideas and I think everyone has taken to it.

"Willie is going to be a great addition to the pack, Jordan is a big centre and Alex looks great. He's a big guy and he's already rattling a few blokes in training."