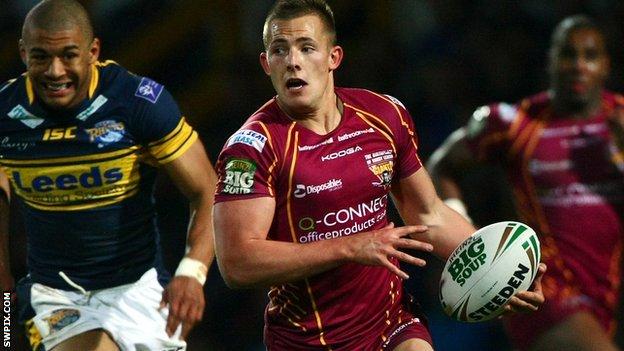 The 22-year-old scored eight tries in 24 Super League appearances for the Giants last season after joining from Castleford.

Eden told BBC Radio Humberside: "It all happened very quickly really but when Rovers came in with the offer I felt it was the right thing.

"It's a good opportunity for me and I'm happy to have signed."

He added: "The manager seems like a good bloke and he's told me where I'll fit in with their style of play.

"They've had some good full backs over the last few years so there's some pressure on me but I feel I can live up to it."

Eden is the second played to leave the Giants for Craven Park in a week after prop Adam Walker signed for Craig Sandercock's side last week.