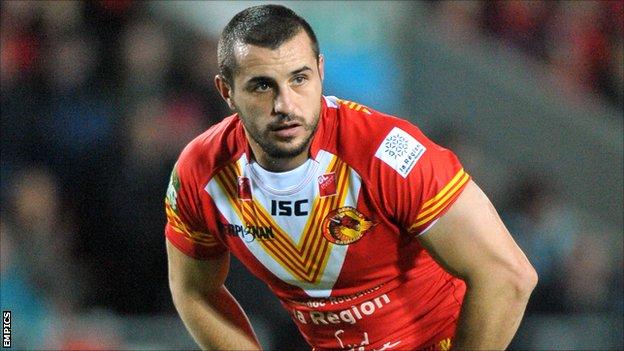 Duport, 24, returned from a cruciate ligament injury to score 17 tries in 27 Super League games as an ever-present for Trent Robinson's Dragons.

"I'm delighted to sign this new four-year contract and really happy to see the club has full confidence in me for the future," Duport said.

He added: "I want more for the years to come."

In addition to the arrivals of full-back Brent Webb from Leeds, Bradford's Olivier Elima and Newcastle Knights prop Zeb Taia have further bolstered the player pool.

"It was important for the club to keep Vincent," Frayssinous said. "He will become one of the key players in the team in the years to come.

"He is a valuable player in the squad, both on and off the field.

"He worked really hard after his injury to come back at his best and this new contract is a fair reward."

Since returning to the Catalans after a year at Toulouse, the Rugby League International Federation French player of the year has made 70 appearances and scored 31 tries.