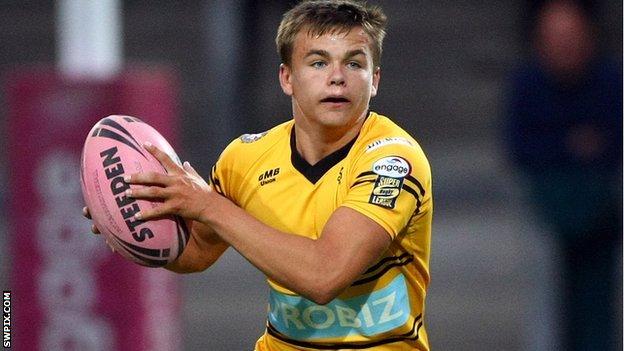 Castleford Tigers duo Ben Johnston and Charlie Martin have extended their contracts with the Super League club until 2014.

Half-back Johnston, 20, made his debut in the 42-20 home defeat by London Broncos in August.

Forward Martin, 19, is yet to make his first team bow but is likely to feature in the 2013 season.

Chief executive Steve Ferres said: "They have both shown great potential over the past year."