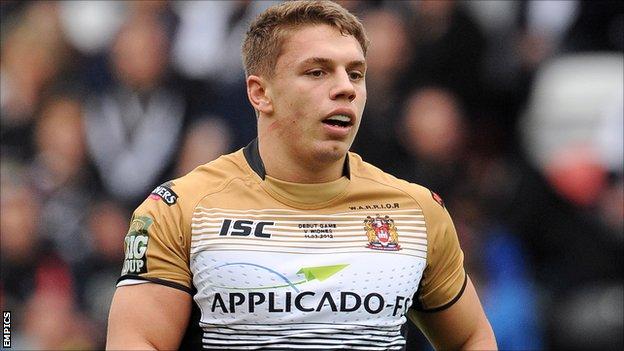 But his path to a regular first-team place at the DW Stadium appeared to be blocked by England star Sam Tomkins.

The England international was by his fellow professionals at an awards ceremony in Manchester on Monday.

Marsh and Mellor spent much of the 2012 season on loan at Widnes.