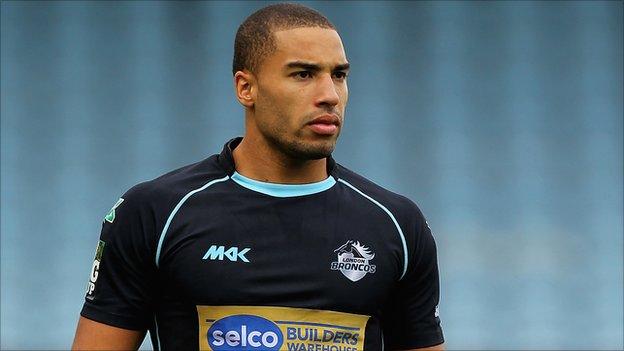 Hull KR have confirmed the signing of London Broncos winger Omari Caro on a two-year contract.

The 21-year-old Hammersmith-born player made 12 Super League appearances for the Broncos this season, making 10 clean breaks and scoring four tries.

Caro was crowned the fastest man in the sport in an annual sprint competition in August.

"We believe he is a player who will get better and better," said Rovers coach Craig Sandercock.

"Obviously he has real pace but there's a lot more to his game than that. When I met him I was impressed with his eagerness to learn and knowledge of the game."

Caro represented Jamaica in the qualifying stages of the 2013 Rugby League World Cup.

He said: "I had one or two options but once I'd spoken with Craig it was a no-brainer for me. He has a reputation for developing younger players and I'm keen to work with him.

"I'm sad to leave London as my whole playing career has been with the Broncos and I've lived down there all my life but this is a great opportunity for me and I didn't want to let it slip by."