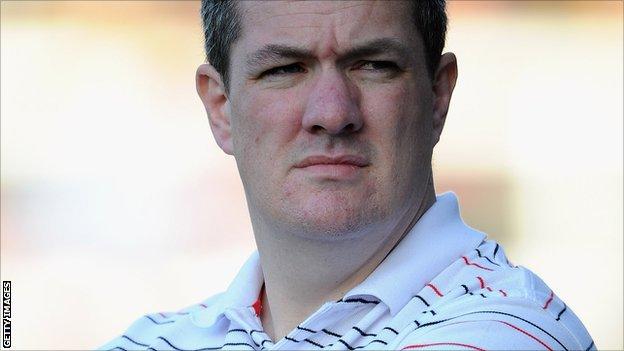 St Helens interim coach Mike Rush says he will not feel any pressure during the Super League play-offs, despite his inexperience in the top job.

Rush took interim charge of Saints following the dismissal of Royce Simmons in March and led the club to third position in the table.

Speaking to BBC Radio Merseyside ahead of Saturday's match with Warrington, Rush said: "It's not my day-to-day job.

"Maybe I don't feel the pressure like the other guys. Maybe that helps me."

Former Huddersfield Giants coach Nathan Brown is due to take over at Langtree Park at the start of next season, with Rush likely to revert to his old role as academy director.

He continued: "It's not my living and I'm probably the only one that is doing this on a part-time basis. Maybe that helps me in some respects, certainly in the lead up to games.

"On game day it's a bit harder because I've still got that spectator in me. [Assistant coach] Keiron Cunningham is doing a good job at the minute at holding my knee down."